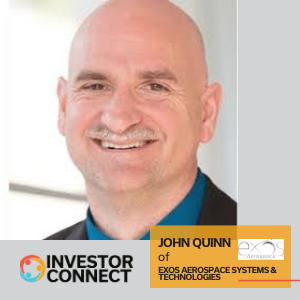 At 18 years old, John enlisted in the US Navy serving in the Silent-Service on fast-attack and Trident submarines for a total of 14.5 years (including his reserve duty). In 1992 he started his civilian career as a power plant instrument technician and operator. In 2002 he completed his degree getting a Bachelor of Science in Electrical Engineering with a Controls Specialty. John continued his career in the power industry for 21 years working in Engineering and Management, and finally specializing in cybersecurity and power plant controls.

After seeing 72% of his retirement disappear in the stock market crashes in 2000 and 2008, he started to look into how he could educate himself so that would not ever happen again. On January 21, 2011, (after significant research of the competition) John attended a NeUventure on Wall Street Seminar 1 with his wife, where they first met David Mitchell. They signed up as a “Top Gun”, hit the books and committed to taking control of their financial future to be able to again plan to retire and fulfill the wisdom of Proverbs 13:22. Two and a half years later, John “Fired his Boss” to engage in stock trading and entrepreneurial endeavors. John now actively trades and teaches stock trading as well as managing several other corporations he has formed. This newly found time freedom (being his own boss) afforded him time to develop his own submarine invention for the U.S. Navy under one of his Corporations, Martin Systems and Technologies. John and his wife Teresa manage Martin Systems & Technologies, INC. (MST) because they Love America, and continue to have a commitment to “serve and protect against threats foreign and domestic”. MST believes that there is no such thing as “X-Military” and as long as we have ideas and technology that can help keep our soldiers “further from harms way” we have a job to do.

John’s love of business drove him to develop the opportunity he recognized while working on an MST Project (with the brilliant Scientists at Blink Design and Manufacturing) in what we now officially call EXOS Aerospace Systems & Technologies, INC. (E.A.S.T.) In Feb of 2015, John became was promoted to Chief Operating Officer for E.A.S.T., and is driven to help make this company a guaranteed winner in the private commercial space race. E.A.S.T. is uniquely positioned to bridge the gap that exists between needed zero-G space testing and a somewhat “imperfect” ISS test that requires years of planning and severe monetary penalties for unforeseen test failures.

John shares with Hall how EXOS came into being. He advises investors and describes how he sees the space industry evolving. He also details some of the challenges the space sector faces.

You can visit EXOS Aerospace Systems & Technologies at www.exosaero.com, and on their Twitter page at https://twitter.com/exosaerosystech.

John can be contacted via email at support@exosaero.com.