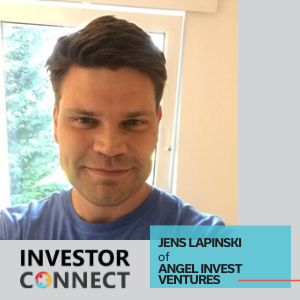 Jens was a Managing Director at Techstars, where he managed four programs and invested in 40 companies, which have raised $200m+ in funding. In 2015 he launched the Berlin office, which in 2017 became the most active location of the global Techstars Network.

Before Techstars, Jens was a partner at Forward Labs (now Forward Partners), which he co-founded in January 2012. Forward Labs built profitable startups at high speed using lean startup principles. Out of over 100 businesses tested, four businesses were built/invested in during his tenure, raising over $25m in aggregate.

Before Labs, Jens co-founded and was CEO of aiHit, a provider of automated company data to the business information industry. aiHit was backed by Amadeus and VTB Capital and sold to some of the world’s largest information players including Dun & Bradstreet, Experian, and Equifax. The company was acquired by MatchDeck.

Prior to this, he was the VP Analysis & Consulting at Library House (now Dow Jones), a business information and research company, which he helped grow from seven to over 50 employees within four years.

During his PhD at Cambridge University, he developed, patented and licensed new water technology.

Jens speaks with Hall about his background, what excites him, and he advises investors what to do before writing that first check. He explains the company’s investment thesis and advises entrepreneurs on what to do before launching their startup.

You can visit Angel Invest Ventures at www.angelinvest.ventures/.

Jens can be contacted via LinkedIn at www.linkedin.com/in/jenslapinski/, via Twitter at www.twitter.com/jenslapinski, and via email at jl@angelinvest.ventures.